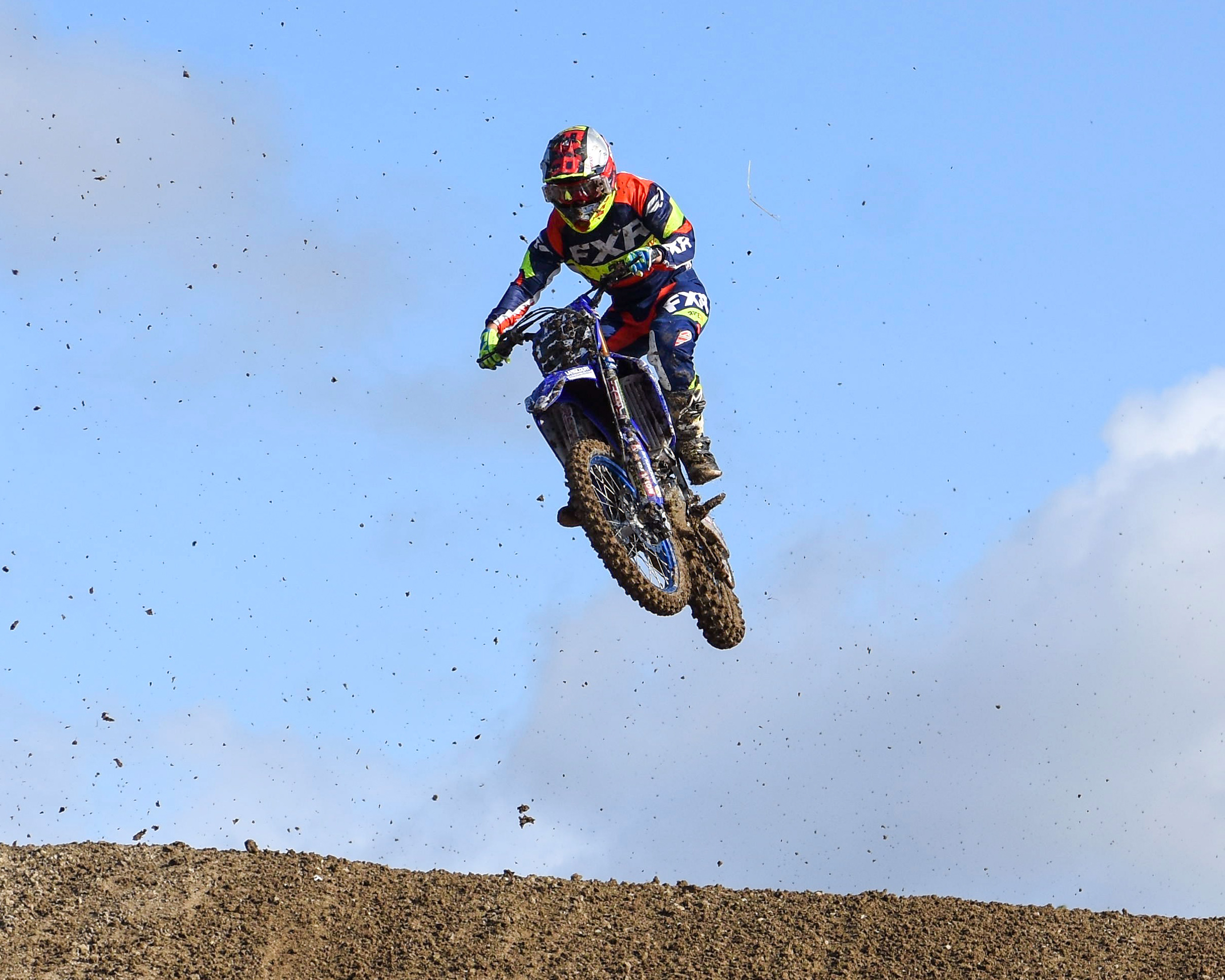 Veteran Scottish racer Tony Craig didn’t disappoint on his debut appearance for the Rob Hooper Racing Motocross team on Sunday, showing good speed and 100% commitment in both moto’s to be on the cusp of two top-ten finishes.

With Team Boss Rob Hooper revealing his admiration for the hard-working rider, and Craig over the moon to be given a chance to race for a Pro team, there was a great atmosphere under the team awning as they headed to a revamped Foxhill circuit in Wiltshire for the seventh round of the Maxxis British Motocross Championships.

Tony’s comfort on his new steed was visible to see straight away, posting a good time in qualifying and holding 6th for a good portion of the session only to drop down to 11th as he was unable to get a full lap in during the later stages of the session when the track was drying.

Fired up for the opening Moto, Tony made a good start circulating in the top 10 for the first lap, but some small mistakes and a fall cost him and relegated him to 20th where he set about reeling in the riders ahead of him only for the Red flag to be shown with the result called with half of the moto left to run.

Another good start in Moto2 saw Craig again on the fringes of the top ten, and with some solid and consistent laps, he brought his RHR Yamaha home in 11th for 16th overall.

Team Boss Hooper enjoyed the weekend with his new recruit saying “It wasn’t a bad day at all. Tony went well in qualifying and was running as high of sixth at one point. He was riding a bit tight in the first race, and after being around the top 10, he made some mistakes and dropped down the order.  It was a shame the race was cut short with the Red Flag as he would have been able to make up a good few places.

“It was another reasonable start in the second race, and he was in and around the 9th to 12th places and ended up 11th, which I was pleased with, and he was pleased with. It was a good result for his first ride on the bike, on a track which he certainly wasn’t his favourite sort of going.

“There is certainly someone on the bike who is giving it 100% and that I like as much as anything”.

Craig said of his day “I’m glad to finally get my first race out of the way on the new bike.  I have been really looking forward to getting things going with the team.

“The day started ok with 11th in qualifying. I had put a good lap in early, then settled with that, but the track got faster towards the end, and I lost a good few places, but 11th is still good for the gate pick.

“In Moto 1 I was off to a good start in the top 10, but a small issue with my Goggles put me out my rhythm, and the race just went downhill with me stalling the bike, and a small crash dropping me to 20th.  Then the race was red-flagged at the halfway point before I could make up any places.

“I had another good start in the top 10 of Moto 2, and I made sure I stayed calm and got myself into a rhythm and put a good moto in. I was a little too steady in the middle of the moto, but I had a good battle with a few riders which had us pushing all of the way to the chequered flag where I finished 11th.

“Overall I’m happy with my day. My riding was good.  I love the Yamaha and being around Rob, and Will made the day really enjoyable.”

The team and Tony now have a week’s rest before they head to Cusses Gorse near Salisbury and the fifth round of the Michelin MX Nationals on the 25th of September.